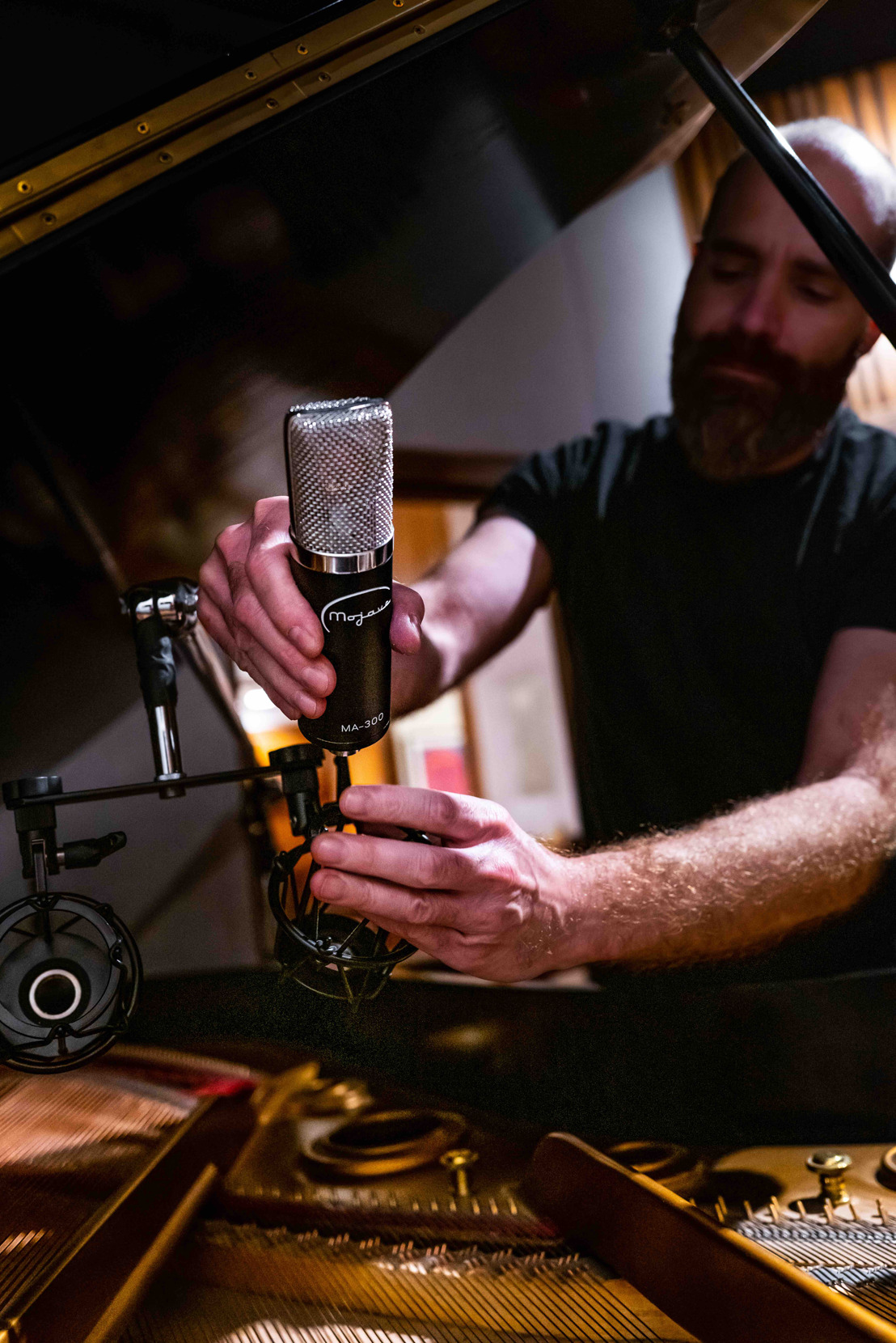 North Hollywood, CA, September 30, 2021 — When producer/engineer David Spreng became the co-owner of Dave’s Room, the beloved North Hollywood recording studio founded by Grammy-winning producer Dave Bianco, he was determined to carry on the latter’s legacy for curating a comfortable, artist-friendly creative space. He and partner Paul Fig have built off Bianco’s original concept by making Dave’s Room a vibey and well-stocked musical clubhouse that has attracted a veritable who’s-who of top musical talent, including Bob Dylan, Lucinda Williams, Alice Cooper, and Bette Midler. In order to guarantee that all of this creativity is captured in exquisite detail, Spreng utilizes a go-to microphone setup consisting almost entirely of Mojave Audio microphones.

Setting the stage for creativity
​A major part of Bianco’s original vision for making Dave’s Room the ultimate creative space for artists was assembling an enviable stockpile of vintage and modern instruments and recording equipment in order to put everything at their fingertips. Spreng and Fig have taken that to heart as the current studio owners and have carefully designed the layout of the studio to make all of these tools both enticing and accessible to artists while still allowing for an efficient workflow for producing and engineering. “We laid out the studio in such a way that you can walk right in and start recording — everything you need is here,” he explained. “It’s how I like to work because it makes the artist feel comfortable and allows them to start being creative right away.”

From an engineering and production standpoint, Spreng sees this ‘over-preparedness’ as essential because it allows the artists to work naturally and intuitively — chasing the ideas that feel the most inspiring in the moment. His workflow and choice of studio tools allow him to make the most of those discoveries once they have entered that creative flow state. “Capturing those ideas as they happen helps set the creative momentum for a session, and really encourages people to do their best work,” he said. “From an engineering standpoint, you want to make sure that you’re using the best tools to capture all of that so the sound they are getting keeps that inspiration flowing. For me, those tools are very often Mojave Microphones.”

Inspiring sound and detail
​Spreng’s love of Mojave began when he first started working out of Dave’s Room. Bianco had been a longtime fan and once Spreng heard them, he knew that he needed to make them a permanent addition to his setup. “They really have this beautiful thing going for them that I’ve loved from the moment I heard them,” Spreng said. “The sound is always round, fat, and warm and you can really use them on anything and know that you’re going to sound incredible.”

“It’s an inspiring thing and the artists always love them,” he continued. “They perform better being able to hear all that wonderful detail.”

Spreng’s go-to set up includes utilizing the MA-200 as permanent room mikes, as well as for drum overheads with his 201FETs. He favors the 100 and 101FETs for close miking a variety of ‘hot’ sources, including horns, guitar cabinets, and drums. The MA-300 serves as the studio’s main vocal mike. “Something that I really love about them is that the sound is just ‘there’ from the get-go, I can run them straight into the mike preamp without any EQ,” he said. “We have them placed all over the studio and no matter what source they are on, it always sounds great.”

Having put so much work into making the studio sound how he wants, Spreng even brings a little bit of that workflow with him when he works elsewhere — never leaving ‘home’ without his MA-300 and 301FET. Doing so is just another way for him to stay prepared, and also be ready to capture spontaneous creativity anywhere. “I’m always saying ‘let’s capture it when it happens’, and if you’re going to do that, it needs to sound great,” he concludes. “That’s why I’m always carrying my 300 and 301FET with me — because I’m used to that sound now and I know it’ll do it right.”